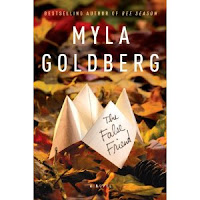 Pre-order The False Friend from Powell's Books
Posted by Steve Nathans-Kelly at 12:27 AM